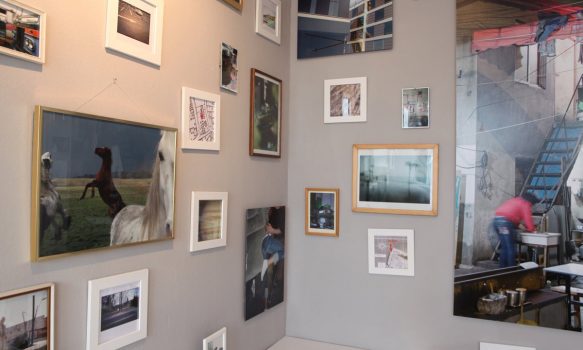 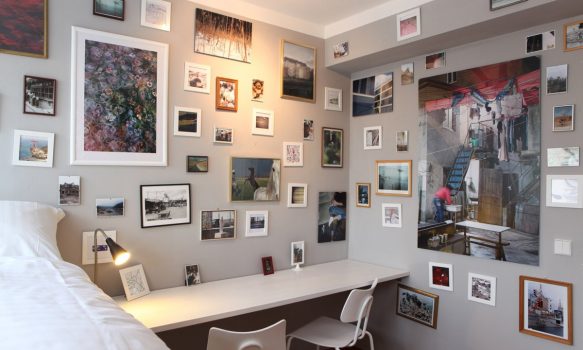 Paul’s room, a private double room, resembles a stylish photo studio. The bed is placed on window height, with a stunning view over the belgian quarter. Fantastic images by Cologne’s Michael Boogard, turn Paul’s room into a permanent exhibition. You can pin one of your own pictures onto the giant city map, which is another highlight of the room.
You can rent this room for €59 per night.

Paul can also be booked as a single room. We provide a secure, complimentary baby bed, for children up to three years. Unfortunately, a regular extra bed cannot be provided.

Born in the calm regions of the „Bergische Land“ near Cologne, Paul has always dreamt of exploring the world. When he was only 7 years old, he first attempted to ride his bicycle all the way into the city. His trip ended five miles away from his parents house when a policeman had found him straying around the streets of „Overrath”. The turning point in Paul‘s life was his eighth birthday when his grandfather made him an unforgettable present by introducing him to the ‘Revueflex E reflex’ camera. He spent most of his youth in dark rooms or on his bike and later moped, exploring and taking as many pictures as possible. Shy attempts to delight his female classmates with nude photography, didn‘t really lead to lasting success. Whilst studying photography, he made his living by working as a photographer for the Cologne zoo.

With the earned money he travelled the world, finally leading him to apply as a photo journalist at the renowned GEO magazine. He was immediately hired. Often exhausted, but always full of excitement, Paul frequently returns to the Wohngemeinschaft and delights his housemates with well-planned dia-slideshows. We can’t wait to see what he’s got to offer next time.