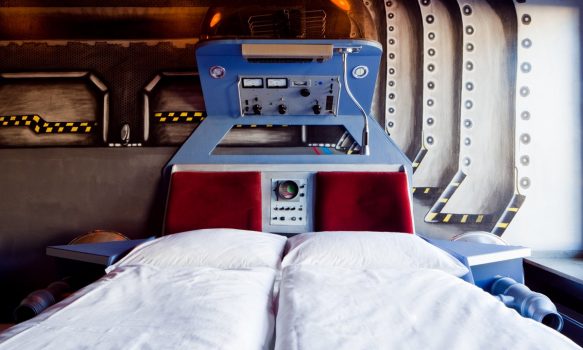 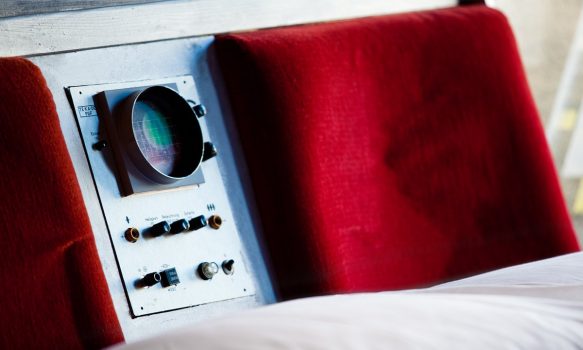 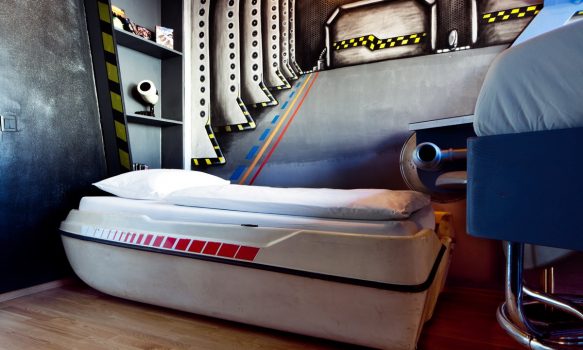 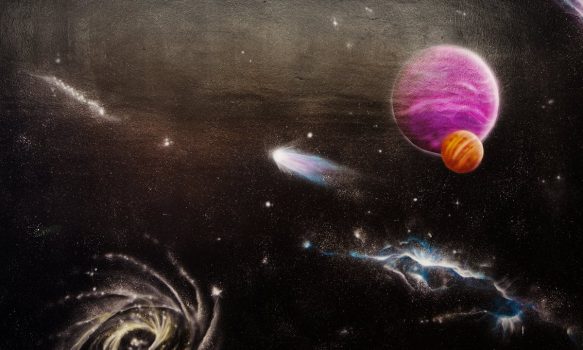 Juri has a double bed, resembling a spaceship. Thanks to the rescue capsule on the side, there’s room for another person (if needed). Check the instruments, start the engine and lift off for a journey beyond space and time. Juri’s spaceship can be booked for two starting at €59 per night or starting at €75 for three.

Yuri was born in the russian city of Vladivostok with only two dreams: to fly and to build the perfect flying machine. Artfully constructed paper airplanes and a strong enthusiasm for science fiction (movies and literature) manifested into an education in aviation and aerospace technology in the distant city of Cologne. Here aviation became less an obsession than that of space, which became Yuri’s sole endeavour — an example already provided by his idol, Gagarin. After graduating with ‘summa cum laude’, his current employer practically hired him directly from the graduation party. Since 2011, Yuri has been considered one of the few world-leading experts in programming simulators for sub-orbital missions. His job is to come up with new challenges that astronauts must face in training and in actual flight situations.

Yuri’s secret plans are far larger, in fact. In the little spare time he has, he works on what may be a true marvel of technology. The ‘Space Cab’ will offer sightseeing flights around the moon. The first wealthy prospects are already lining up. The project will be made public within the next few weeks. Yet, the question of who will be flying the cab, remains. Well, actually the answer is crystal clear: Yuri, of course!