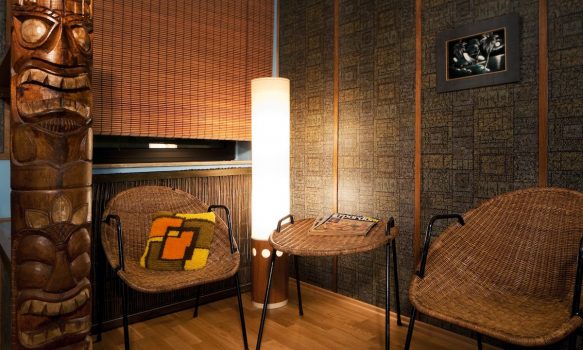 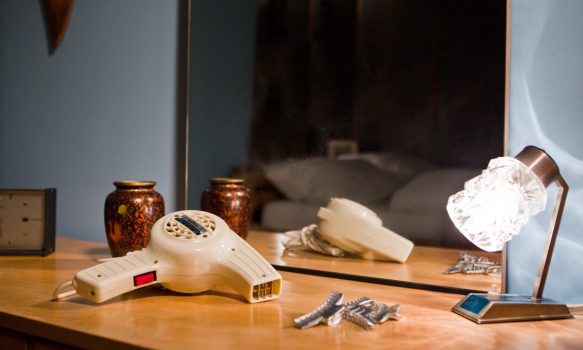 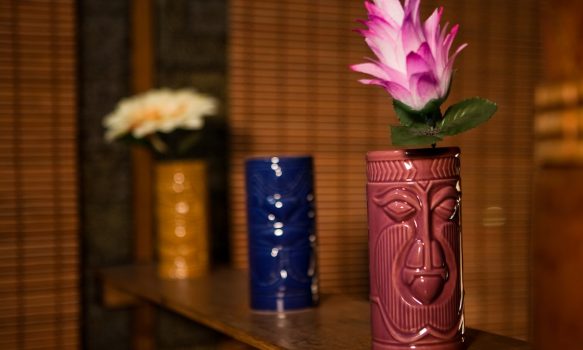 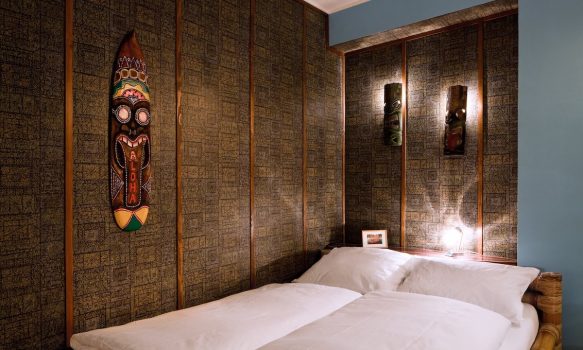 Keiki is an exotic private double bed room. Take a deep breath, feel the warmth of the sun and taste the salty air of the pacific ocean. Tamara can be booked for two, starting at €59 per night or €75 for three guests (with an extra bed).

Keiki is a marine biologist, born in Waikiki (Hawaii). She is considered to be a luminary in the field of mental training for pacific schoals. In 2010, she was recruited by the Cologne Zoo in order to explore an unknown phenomenon among barracudas. For unexplained reasons, the barracudas acted completely apathetic, sunk to the ground and were about to starve to death. Keiki developed a special program that regulated feeding, lighting, water temperature and played Wagner’s classical masterpiece ‘Ring der Nibelungen’ at a specific time of day. After just four days, the Barracudas were back in high spirits. Keiki’s experiment was largely praised in major scientific journals. She loves music.

In her spare time she sings and plays the ukelele in the all-female band called “The Tiki Chicks”. The four girls like to play spontaneous concerts at different bars throughout the city. They cover rock and punk classics with their exotic hula-instruments. They like to perform at smoky clubs, illegal parties and shabby bars. None of them have the big break in mind.

However, despite the many good friends and the well-paid job at the zoo, at some point Keiki will eventually return to Hawaii. The reason is simple: she can’t pursue one of her greatest passions, surfing. She uses every opportunity to drive to nearby beaches in Holland. The waves, however, are not as impressive as the ‘Big Swells’ in the surfer’s paradise back in Hawaii. She plans to apply to the ‘Oceanic Institute’ at the University of Honolulu, to eventually wake up to the sounds of the pacific ocean every morning.

Find out more or adjust your settings.