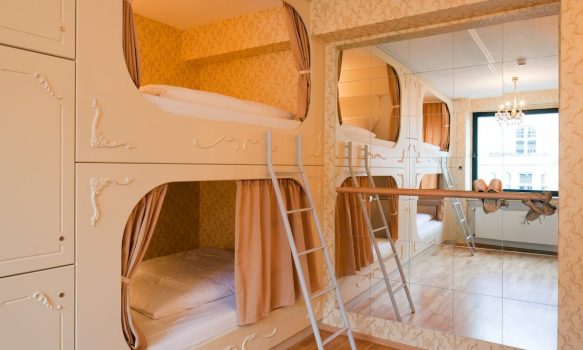 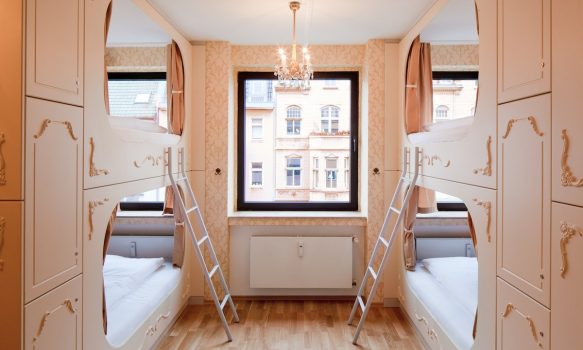 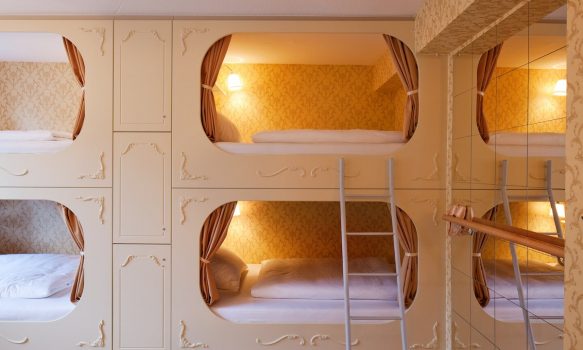 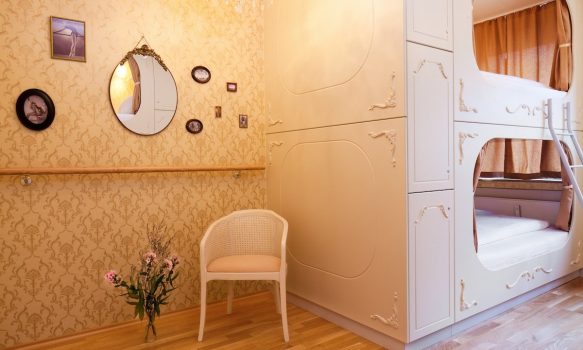 Compagnie de Résisdanse is a female dorm room, equipped with 6 beds and rental price of €20 per night. Each bunk is 1.40 meters wide. For maximum privacy, you can close the curtain in front of the bed. Free Wifi, linens and a locker for your things are available for free.

Franka, Pink, Diana, Lotta, Paula and Anna met during ballet school at the Cologne Dance Academy. Ever since the day they met, they have been inseparable. They spent many evenings drinking red wine, talking about ballet, discussing about politics and occasionally taking a trip to the beaches in Holland. They used to skip a training session every once in a while, but when they were compelled to leave the academy, they were suprised at first. However, they quickly considered it to be a blessing to finally create something new, without any annoying constraints and regulations. From then on, the girls wanted to express their political views on stage.

For three years they toured through Germany, performing their piece ‘L’état c’est toi’ (English: The State is You) in hundreds of community centres, youth facilities and anti-fascist cafes. Together with some civil-rights activists, the six dance activists organised, the “Ensemble of the 1000 Dancers – Sweating Against Climate-Change,” a demonstration at the G8 Summit in Heiligendamm. This turned out to be a sensational breakthrough for the Compagnie. Shortly afterward, an opportunity presented itself to reopen a dance theatre in Bielefeld. They opened the ‘Theatre de la Résisdanse’ in 2013 and devoted themselves to political dance. The group hasn’t lost it’s street credibility. They plan to bring together more than 2,000 amateur dancers for a dance adaptation of Tchaikovsky’s ‘Swan Lake’ in the Red Square at the G8 Summit 2014 in Russia. 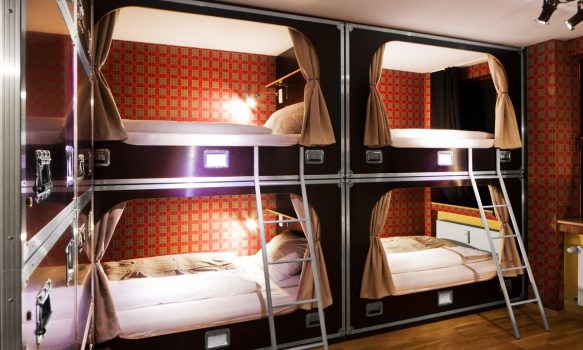 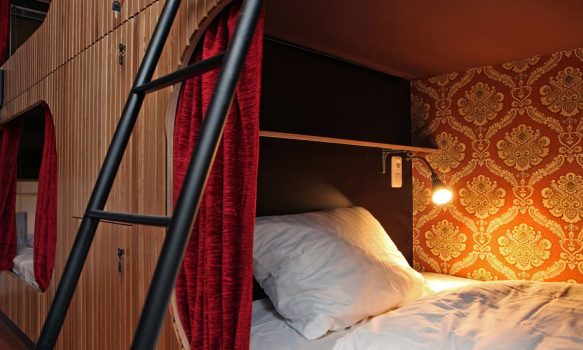