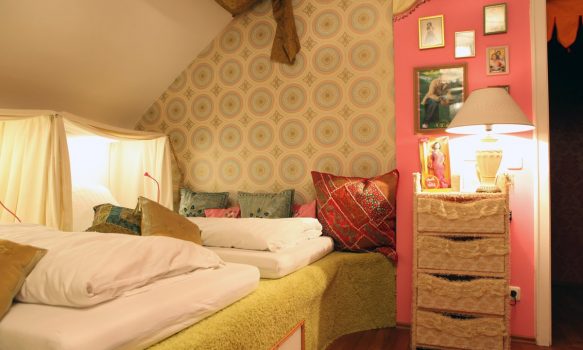 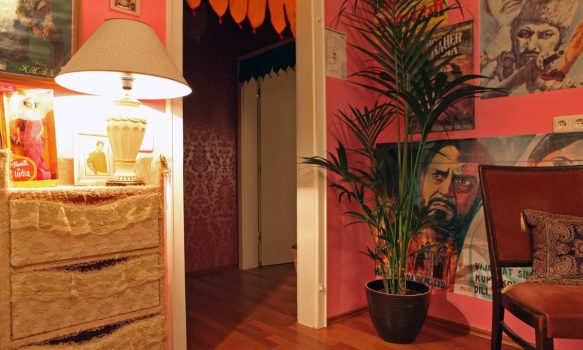 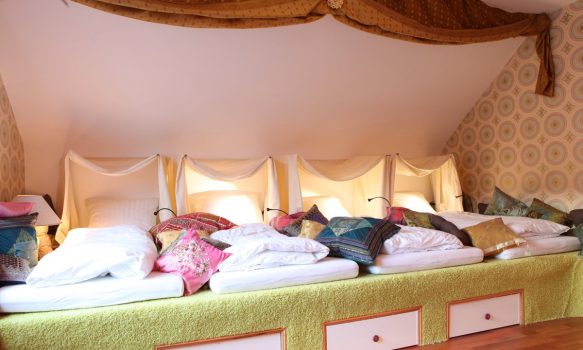 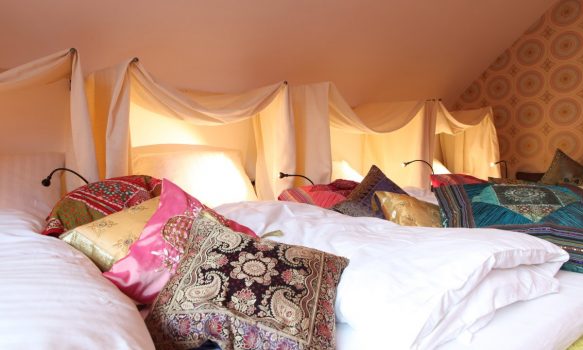 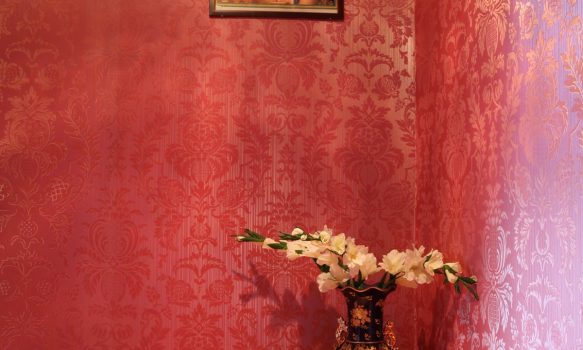 Manu’s room has four beds, perfectly suited for families and friends. Couples can push the mattresses together for one larger bed. The magnificent bollywood themed room costs €90 per night for four people, €81 for three and €72 for two. Wifi and linens are included.

Manu and her friends started a little commune near the dutch border a while back. It lasted for years up until it ended in a huge fight and desolving the group. Manu then decided to become a midwife. After successfully completing the education, she traveled the world, instead of delivering babies as a midwife. She was quite moved by the Indian sentiment.

She would have continued on her path of living a happy hippy life or following an inspiring guru, if she hadn’t suffered a most inconvenient injury to her ankle while hiking through the Kerala. The wound inflamed and she had to be flown out to Germany for immediate treatment. She then moved to the Wohngemeinschaft where she still lives and feels the Indian spirit. Manu loves her bollywood movies, but always sheds a tear thinking about what could have been.

Her sorrow turned into joy, however, when she, after taking a belly dancing class, was hired by the ‘Shakespearantos’ group. Shortly after, her acting talent was discovered by a Cologne agent, who now represents her. Now if only Bollywood would call… 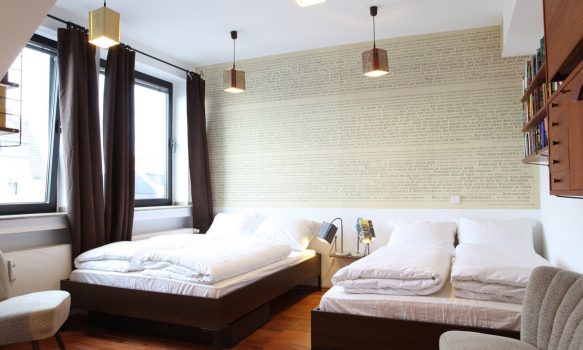