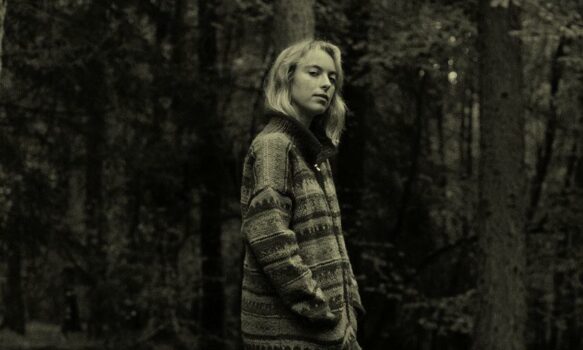 „A triumphant, communal, and vulnerable record that is equal parts ambitious and inviting“ The Quietus

Born in Glastonbury to a Brazilian father and a Greek mother, Naima spent her early childhood in Brazil before eventually returning to England and various homes in South-East London. This heritage combines with more recent pursuits in Naima’s music; from the Brazilian standards that the family would listen to driving to the beach, to the European folk traditions she tapped into on her own, and the pursuits that interest her today – studies in archaeology, work as a gardener, and walking the world’s great trails – Naima’s music draws from family, the earth and the handing down of music through generations.

Last week Naima released her debut album Giant Palm via Sub Pop/Memorials of Distinction. Praised for it’s originality, warmth and ambition, the album has been heralded as one of the years finest debuts so far with features from The Quietus, Uncut and more as well as receiving rave reviews including ‚Album of the Week‘ from The Line of Best Fit and Loud and Quiet.